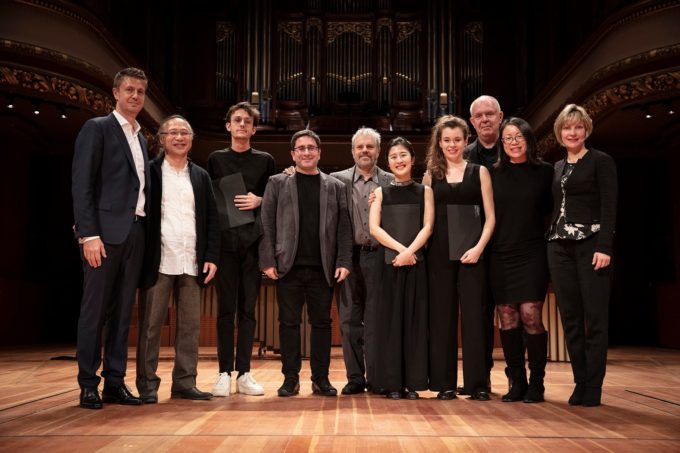 The Final Round of the competition took place on 21st of November in Victoria Hall. In the first part Marianna Bednarska performed a solo percussion program: ‘Psappha’ by Iannis Xenakis, ‘?Corporel’ by Vinko Globokar and Domenico Scarlatti’s ‘Sonata in D minor K.141’ arranged for marimba by herself.

In the second part Marianna Bednarska has been accompanied by Orchestre de la Suisse Romande under direction of Maestro Julien Leroy in the ‘Speaking Drums’ Concerto by Peter Eötvos.